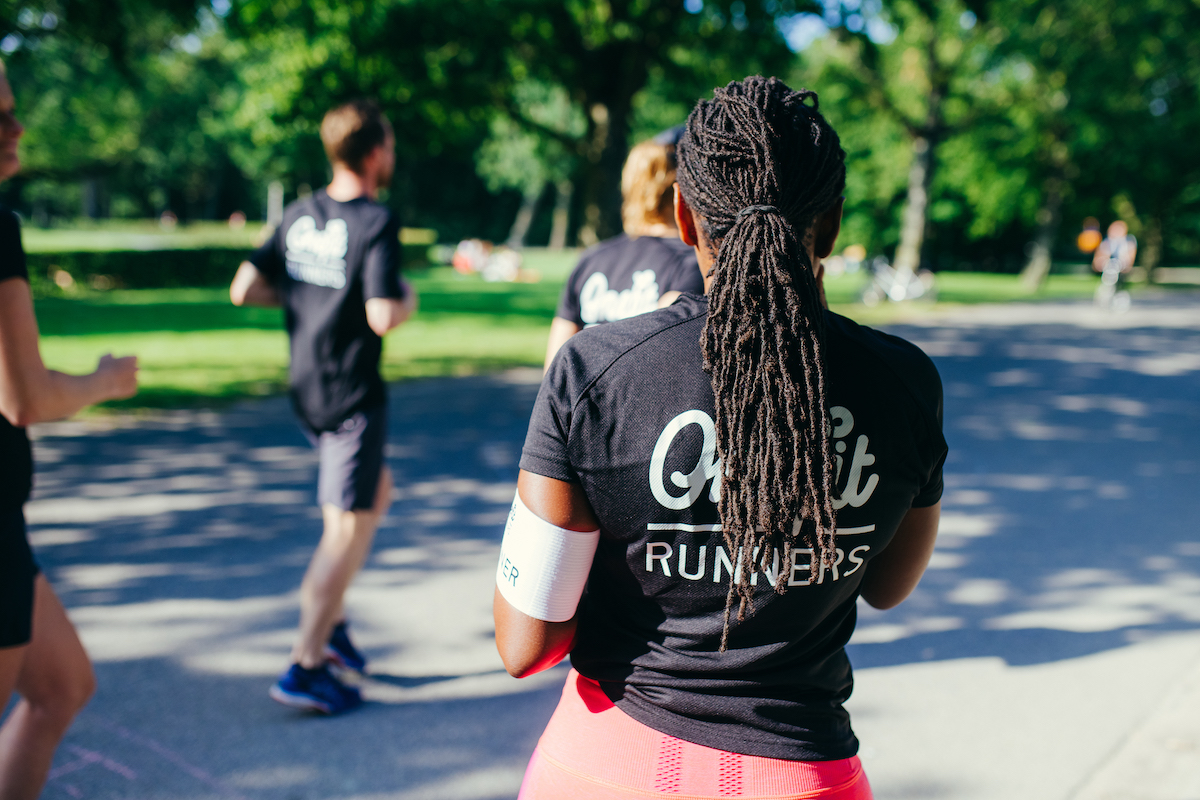 Stay fit and go running: tips from our OneFit Runners

The OneFit Runners are training for upcoming runs in several cities. We have asked them a number of questions about their preparations for an endurance run.

Preparing for a run involves a lot more than just running. Healthy nutrition is important, strength and mobility training are not a bad idea and the right running clothes also have a positive effect on your training.

We asked OneFit Runners and OneFit ambassadors Lydia Edel and Merel van der Wouden how they are preparing for an endurance run and which obstacles occur on the way. Read on if you would like to know how to do it!

According to Lydia, a good balance is the main thing. It’s important to make as many miles as possible, but also to listen to your body. Running is one of the most injury-prone sports, so you have to be careful not to overburden anything. Merel adds an extra tip: find like-minded runners and train together! Right now, it is important to keep 2 meters distance and maybe not train with a very large group, but in general, it can be very motivating. That way you can motivate each other while running. And of course sleeping well, drinking enough and healthy nutrition is super important, we can’t say it often enough.

You’d rather train alone? There are digital groups and apps where you can become a member of a runners club. Think for example about Runkeeper, the Nike Run Club, Strava and so on. There’s a solution for everything!

How to achieve a running goal: a secret tip from the experts

Lydia: “Make a schedule!” It’s something you can hold on to, even though you probably don’t quite stick to it all the time. This prevents you from training too little or running too fast. A trainer and motivated running group can also help, according to Merel. The trainer, for example, OneFit Runners trainer in Amsterdam Cally Yang, tells you exactly when you are training too hard or not doing enough. Like-minded people in a running group, such as the OneFit Runners, motivate each other to show up, run together and exchange tips. The trainings are now on hold for a while, but as soon as there is training again you can join them!

Are there PRs that you would like to break this year?

Merel is going to try to break her PR of 3 hours and 30 minutes. She ran this three years ago during the Chicago Marathon and hopes to match it this year. But with 70% less training and (hopefully) an injury-free start. For Lydia her first marathon ever is coming up (exciting!!!), so her PR is mainly to finish the run. The rest is a present!

What do you guys pay attention to in terms of nutrition?

Merel: “Especially that I eat enough vegetables and carbs. When the endurance runs exceed 25K, I have a constant appetite.” Also for Lydia, a healthy diet with a lot of fiber is important. “For example, I don’t eat greasy things and try to drink as little alcohol as possible in the run-up to the run. In the morning I usually eat oatmeal and in the afternoon I eat wraps with falafel and almond yogurt with fruit. And like many runners, I usually eat a banana just before the run”.

We asked them if they’d ever heard of a pasta party. These are organized for and by runners, to do the well-known “carb-loading” for a run. Stacking carbohydrates during training helps to give your body enough energy during the endurance run. In our article 5 things you need to know about nutrition, we go into more detail – interesting if you want to know what carbohydrates can do for your body during a workout!

What obstacles do you have while preparing for an endurance run?

“I’m very sensitive to injuries” Lydia confesses. She has to be very careful that she doesn’t overburden anything and keeps doing her strength training. “OneFit helps me a lot with this too! I can keep training well and varied, which makes my body strong for an endurance run”. She does yoga, for example, to stay supple, or alternates running for a few lanes in the pool, when suffering from injuries. For Merel, the obstacles are often mental: “My pitfalls are injuries and mental battles that differ between”I will never succeed” and “I’m on top of the world”.”

Why does everyone have to sign up for the OneFit Runners?

For Merel, this is a short but powerful answer: “Because it’s very nice to run with a group of like-minded people + trainer. It is also so much more fun.” We think so too! The trainer can give you very useful tips and tricks so that running becomes even more fun for you. Lydia has an extra tip. She sometimes suffers from a running-dip. “When it’s dark outside and the weather is bad, I sometimes find it hard to put myself up to it. It motivates me enormously to run together.” Also now, during this intensive period, it is nice to support each other through a running app / WhatsApp group or other way.

Also want to train with the OneFit Runners? Unfortunately at this moment, all the classes are on hold because of the Coronavirus, but as soon as they are live again, you can join them! Take a look in the app or on the blog and reserve a place for the next training session!