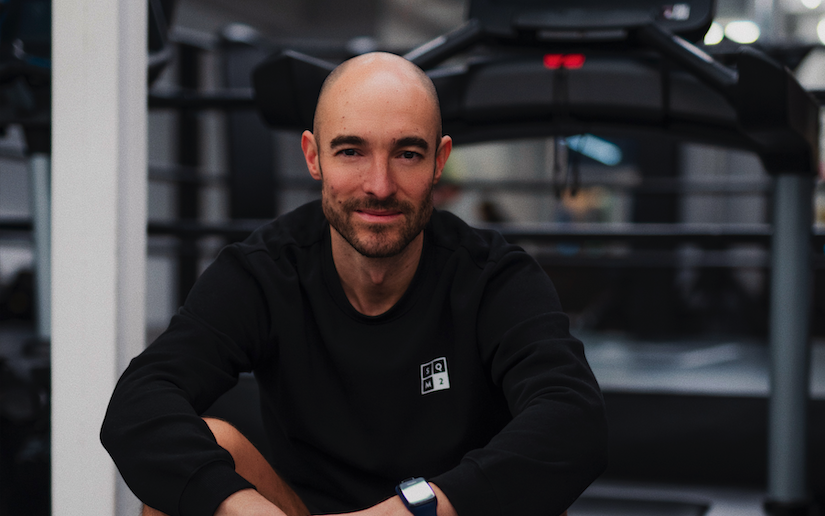 Last Saturday SQM2 Gym hosted an exclusive Runners event where runner and performance trainer Cally Yang ran ‘The Perfect Marathon’, on a treadmill. We asked him for some running tips and tricks and his vision.

Cally Yang, born and raised in Amsterdam, has been working as a sports performance trainer for years. In his work, he helps hockey and soccer players, but his specialty is helping runners.

“I like to analyze an athlete (either a pro or not) and help them improve their technique and speed with strength, coordination and condition training. This will help them run better and get less injuries.”

On Saturday, February 22nd Cally ran the so called Perfect Marathon at SQM2 Gym in Amsterdam. His goal was to finish the marathon within 2 hours and 50 minutes, which is 10 minutes below his personal record. But why even do this? We asked him!

“Eliud Kipchoge was the first person to ran a marathon below the magical time of two hours. The way he did this and prepared for this has always mesmerized me.”

Cally thought about the perfect conditions to run a marathon. He eventually ended up with the idea to run it on a treadmill. “The surface is flat and there’s no rain or wind. We also put the airconditioning on 12 degrees and my coach gave me the right amount of nutrition and fluids every 15 minutes.”

Improving his own personal record

Cally’s goal was to run the marathon in 2 hours and 50 minutes. Together with his good friend and sports physiotherapist Maarten Mulder he created a full-on game plan. “While running tests we came up with my perfect speed.”

The race went well and Cally even was ahead of schedule, until 7km before the end. He ended up getting cramps in his calf and his hamstring was on the verge of snapping. “This meant we had to slow down a little.”

That’s when the race really started for Cally. “My heart, lungs, and head wanted to go faster, but I couldn’t.” It was Maarten who eventually got him to the finish line, mentally. “After 2 hours, 53 minutes and 27 seconds there was confetti and I finally noticed all the people around me. That was magical!”

Eventually, Cally ran the marathon 5 minutes below his personal record. An amazing job!

Preparations for the marathon

Cally was very happy to train with Maarten Mulder. “It was great to not give training but only listen and follow. Maarten has a lot of knowledge and wrote all my training programs.”

“I didn’t change too much in my nutrition since it’s already pretty good. My basics are up to standards and I left enough room for my other obsession: burgers!”

3 tips and tricks to reach your own goals

We’ve asked Cally for some tips and tricks if you want to reach your own running goals.

Also want to work on your running skills? You can with the OneFit Runners! Cally Yang gives a training every week at the Olympic Stadion in Amsterdam.

In Rotterdam, you can join to prep for the Rotterdam Marathon in April. Quickly book a spot and join us!