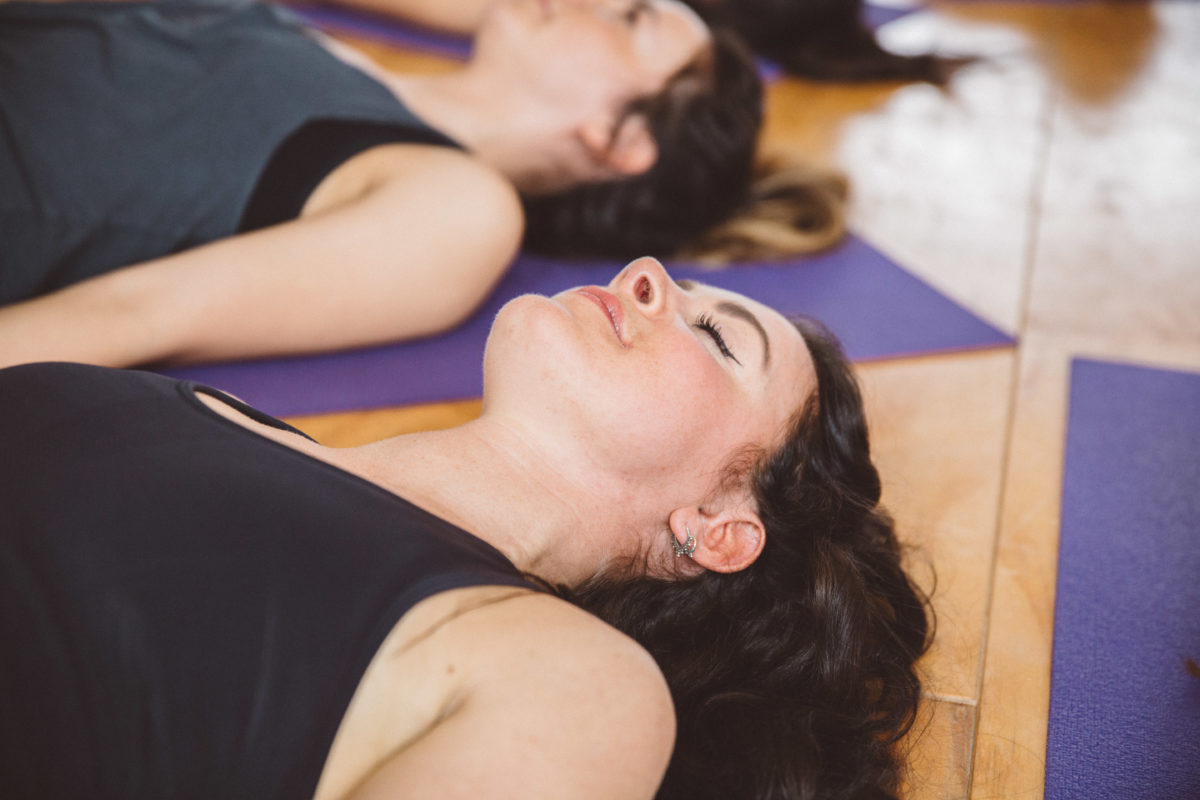 Yoga nidra: everything you want to know about sleep yoga

Yoga nidra is not just for sleepy heads. It’s the ancient yoga form for sleep and relaxation and thankfullly it’s getting more and more common.

Good news: yoga is becoming a regular workout at studios. Time to give you the heads up.

Yoga nidra is the art of listening and feeling. These are the only and most important factors. You’re balancing in between consciousness and listening. In dream you lack control, but in a yoga nidra class you are the one making up the dream.” Swami Satyananda Saraswati, (1923-2009) founder of yoga nidra.

What is yoga nidra?

Yoga is the yoga of sleep and relaxation. The body sleeps, but the mind stays alert. This yoga form is not about movement, but about laying down and sharpening your ears to what is said. An that’s the beauty of it, for a bit you can unwind completely. It’s like an endless savasana, and isn’t that the best part of a yoga class? Let’s be honest.

So what are you supposed to do at a nidra class? You have one job, and it’s harder than you would think: to stay awake. You snooze, you loose. Or not really though, because the teacher will wake you up in a gentle way if you happen to sleep soundly during the session.

Yoga is actually hard to put in words. It really is something you need to experience. Like vanilla latte. Or the first kiss. A teacher will commonly tell you to not overthink or expect anything. Just throw yourself in it.

So how does it work?

One yoga session is said to make up for four hours of sleep. How’s that for a disco nap! to that, it promotes the quality of your sleep. And if you’re just starting with meditation, this is a perfect way to get into it.

Tip: Make sure to dress warm. Even though you’re covered with a blanket, it can get a bit chilly.

So now you want to know where on earth you can join such a cozy sleep yoga class. Well, here you go.