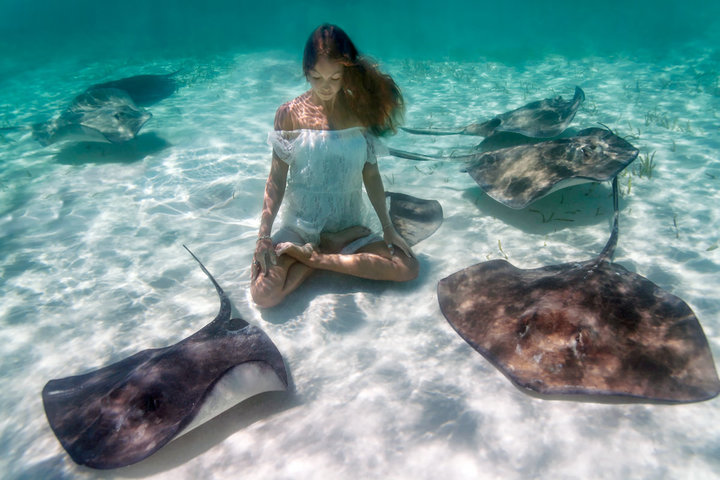 The most bizarre yoga styles (you must try)

Hatha, ashtanga and vinyasa are three types of yogas a yogi has probably heard of. Mentioned here are some crazy, exotic yoga forms you can add to your to-do list.

The occasional yogi knows the difference between hatha, ashtanga, and vinyasa. Or kind of. But deeper into the jungle of this mind-body art you’ll soon get lost in between exotic yoga sort you can’t believe actually exist. We collected the most bizarre, unorthodox but fun yoga forms out there.

Naked or not, Don’t count on adapted asanas here. We’ve been told it’s not awkward to position yourself in the downward facing dog, in nothing but your bare butt. The benefits make it worth: no distractions and the feeling of freedom.

Ganja, cannabis or weed as we like to call the plant, has functioned as a spiritual alley for centuries and is still being explored medically and recreationally. In Amsterdam North, you can now roll and stretch yourself into other realms.

The creator of rage yoga combines asanas with cursing, middle fingers, and boozing. Her motive: the therapeutic effects. You disconnect from your anger and come into your zen sphere, according to the Canadian Lindsay.

In 1995, an Indian physician came up with the form ‘laugh yoga’ or ‘haysa yoga’. The idea is that laughing your socks off has massive health benefits, varying from a better blood supply to your muscles and the making of endorphins (your body’s ibuprofen). By the way: you don’t have to be funny to join. Such a relief!

No girls allowed here, because this class is for men and their bro’s. You can join a class in The Hague at International Health Spa.
You can follow this class with OneFit!

Don’t take yourself too seriously, when you’re folding yourself into a know while trying to sing along with the lyrics of Girls Just Wanna Have Fun. This class is exactly what you’d expect: yoga plus a screen showing the lyrics to your favourite tunes.

Supping means stand-up paddling on a surfboard, and that goes very well with lying yoga poses. Why? Both challenge your balance ánd look cute to passers-by’s. Goats yoga Touching animals creates oxytocin, hugging hormones, which make you relaxed.
You can follow this class with OneFit!

In India, yoga instructor Brenda Bood saw how animals are part of the daily life ánd traffic. Animals connect, that’s why she now teaches goats yoga twice a week in the Amsterdamse Bos.

Both yoga and beer have shown to be effective tools to get out of the head, century after century. So why not combine these crafts? Now also in the Netherlands, in Arnhem for example. Earth Yoga At Fitness Yoga Rotterdam you can join classes ‘earth yoga’ weekly. These take place in the open air, on the waterside, where you’ll be taught yin and hatha movements. While you’re working your positions, the earth detoxifies and neutralises, according to the studio owners.
You can follow this class with OneFit!

In Bali, you can do yoga while diving. It’s not hard to imagine how beautiful the view there must be. That’s why we’re curious to know what to expect this class in a swimming pool, in the South of Holland.

Vibing on house while boosting the lymphatic system? Studio 191 in Amsterdam has got your back. Perfect for impatient partygoers with a love for yoga.
You can follow this class with OneFit!